While campaigns hurdled money and support to swing Georgia and Florida, a Republican movement was taking shape in New York.

‘If you look at a map of the United States and you contemplate the concept of the red wave, many of us Republicans were disappointed with the lack of results nationwide,’ Rep.-elect Nick LaLota, R-N.Y., told Fox News. ‘But then, when you focus in, in New York and in Long Island especially, there was something different going on here.’

‘There is one single biggest factor, the common denominator, and that is Lee Zeldin, gubernatorial candidacy, and that he energized a lot of suburban upstate New York voters,’ said LaLota.

‘The reality is, I think that what we’re experiencing in New York state, to take an example, is for the first time in five decades, we’re under one party rule in New York City, in Albany and in Washington, D.C.,’ Rep.-elect George Santos, R-N.Y., told Fox News. ‘The people of New York have no one to blame but Democrats.’

Santos won New York’s 3rd district by over 22,000 votes and flipped the seat vacated by Rep. Tom Suozzi, a Democrat. Santos said talking to voters about kitchen table issues such as crime and the economy helped secure his win.

Throughout his campaign, Santos’ challenger, Democrat Robert Zimmerman, attacked him for his support of former President Trump and his attendance at the ‘Stop the Steal’ rally that preceded the Capitol riot on Jan. 6, 2021. However, that message fell flat for many voters worried about their mortgage payments and high gas prices.

‘We ran with the same message in lockstep. It was about the people.’ Santos said. ‘I think people are tired of the same old good old boys club and, you know, the same old policies and the same old people.’ 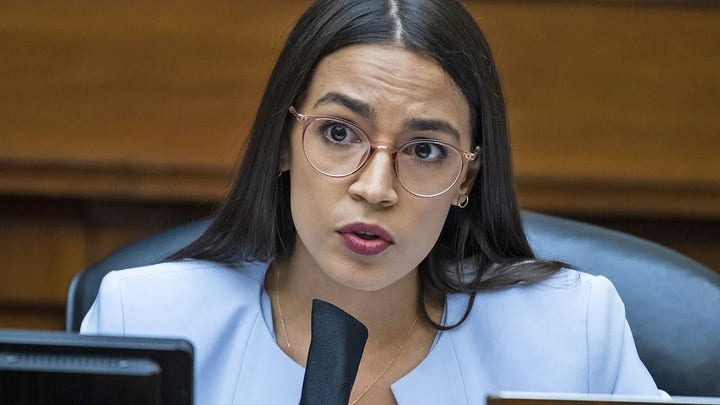 In a Nov. 9 interview with the Intercept, Rep. Alexandria Ocasio-Cortez, D-N.Y., came up with a similar hypothesis for Democrats’ losses in her state.

She said disgraced former Gov. Andrew Cuomo ‘may be gone, but his entire infrastructure, much of his infrastructure and much of the political machinery that he put in place is still there. And this is a machinery that is disorganized, it is sycophantic. It relies on lobbyists and big money. And it really undercuts the ability for there to be affirming grassroots and state-level organizing across the state.’ 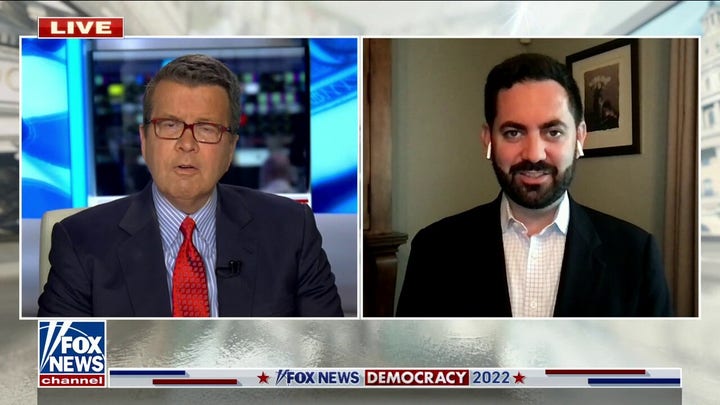 Rep. Sean Patrick Maloney, the Democratic Congressional Campaign Committee chairman responsible for the organizing that allowed Democrats to win in other states, lost his seat to Republican Mike Lawler.

Lawler told Neil Cavuto on Saturday that Maloney’s national political endorsements and fundraising were no match for his stacked campaign schedule, in which he spoke to voters daily about public safety and the economy.

While moderate and progressive democrats splintered in New York, Republican candidates unified around Zeldin’s gubernatorial run, using the state-wide campaign to gain momentum in their own races.

‘His candidacy put a lot of wind at our sails and is probably the single biggest factor for anybody who won by just a couple of points,’ said LaLota. ‘I think Lee Zeldin should be given tremendous credit for those wins.’

‘The reality is, I think we learned one thing: Smearing campaigns are not successful. Shame on those who think that’s the way to run for office. It is not,’ Santos added. ‘I reprimand anybody who tries to use these tactics moving forward. We need a run on ideas, on solutions and on policy.’

However, Trump was not taking a page out of New York’s playbook. This past week, Trump has gone after Florida Republican Gov. Ron DeSantis amid rumors spiraling about a 2024 contest.

‘The Reagan rule: Don’t speak foul of your fellow Republican. I think I would just remind him of that,’ said Santos. ‘You know, let’s keep the ‘inside baseball’ inside. That’s the only thing I would say.’

Santos warned that a repeat of the 2016 primary could damage Republicans’ chances in 2024.

‘Look, if they’re going to get into a primary fight, I hope it’s spirited and it’s based on ideas,’ said Santos. ‘I remain cautiously optimistic that we’re going to be able to work it out within the party and not have a bloodbath of a primary like we did in ’16.’

Lacey Christ is a producer with ‘Fox News @ Night.’

Sen.-elect John Fetterman's, D-Pa., incoming chief of staff is an outspoken progressive who has time and