During a Senate hearing on Thursday, Homeland Security Secretary Alejandro Mayorkas appeared to change his tune when it comes to the southern border after saying earlier in the week that it is secure.

Senate Homeland Security Committee ranking member Sen. Rob Portman, R-Ohio, asked Mayorkas the same series of questions the head of Border Patrol was asked by Florida officials earlier in the year, the first of which being whether the southern border is in a state of crisis.

‘The entire hemisphere is suffering a migration crisis,’ Mayorkas said. ‘We are seeing an unprecedented movement of people from country to country. It is not restricted to the southern border.’

The secretary cited ‘unprecedented’ movement of people out of Venezuela, with many currently situated in Colombia.

Portman, not interested in Colombia or Venezuela for the purposes of the meeting, repeated his question about whether there is a crisis at the border.

‘We are seeing a significant challenge at the southern border, as we are seeing it throughout the hemisphere,’ Mayorkas said.

Portman’s next question was about whether there is an unprecedented number of migrants crossing the border, and Mayorkas confirmed that this past year it has been ‘the highest on record.’

Later in the hearing, Sen. James Lankford, R-Okla., challenged Mayorkas to provide some information about what the Biden administration plans to do about an expected increase of migrants crossing the border when the Title 42 public health order is no longer in place to allow swift deportation of illegal immigrants from countries affected by COVID-19. 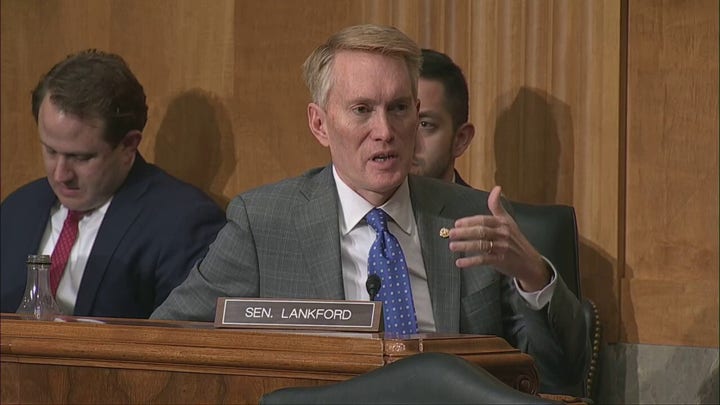 ‘Secretary Mayorkas, you and I have talked about Title 42 for about 18 months, and I’ve asked you the question, what happens when Title 42 goes away, and for 18 months you’ve said we’re working on it,’ Lankford said. The Republican then pointed to the recent court order calling for Title 42 to be lifted, after the Biden administration had previously failed to lift it on its own.

‘But we’re still waiting to try to figure out what happens now and how many are about to cross the border,’ Lankford continued. ‘What’s the plan for dealing with this massive migration, illegal immigration coming now post Title 42?’ 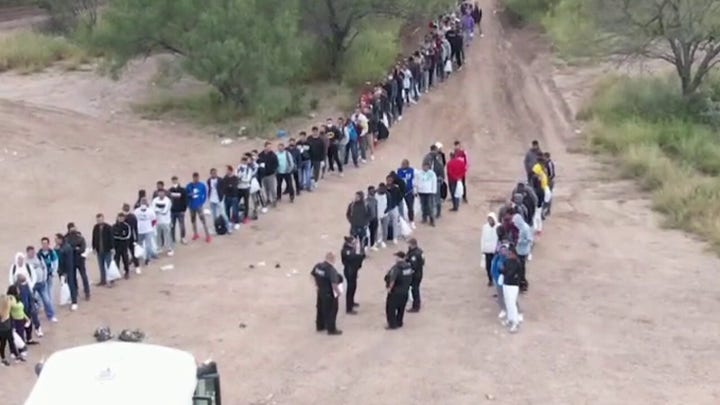 Mayorkas responded by saying the administration’s plan remains the same as it was in April, and that they ‘have indeed been executing on the plan.’ The secretary then briefly outlined a six-pronged approach that includes a surge of resources — personnel, technology, transportation and more — to the border; increasing the processing efficiency of Customs and Border Protection; increasing the consequences for entering the country illegally; strengthening nonprofit organizations and police at the local and state levels; targeting smuggling operations; and working with other countries to the south ‘to deter irregular migration.’

Lankford responded by saying that this plan has not been working, as the number of migrants in October were the third-highest ever recorded.

The secretary’s responses on Thursday were a change from what he told a House committee on Tuesday. When asked by Rep. Dan Bishop, R-N.C., if the southern border is secure, Mayorkas said, ‘Yes, and we are working day in and day out to enhance security, congressman.’

Is Joe Manchin next? Stra...

Pennsylvania Senator-elect John Fetterman will have a cameo in an upcoming 1800s period film on Netflix,