Arkansas Gov. Asa Hutchinson is considering a run for president in 2024, but if he is not the Republican nominee, he hopes the party will choose someone other than former President Donald Trump.

In an interview with the Associated Press, Hutchinson warned having Trump represent Republicans in the general election would play right into Democrats’ hands.

‘That’s really the worst scenario,’ Hutchinson said. ‘That’s almost the scenario that Biden wishes for. And that’s probably how he got elected the first time. It became, you know, a binary choice for the American people between the challenges that we saw in the Trump presidency, particularly the closing days, versus Biden, who he made it that choice.’

Hutchinson, in his second term as Arkansas governor, has been nearly ubiquitous on Sunday morning political shows in recent years, frequently appearing on CNN – a network that gained a reputation as being anti-Trump during the previous administration. He told the AP he is currently trying to determine what kind of national support he might have and is consulting with fellow governors, members of Congress, and evangelical religious leaders.

The Arkansas governor said the lesson he learned from November’s midterm elections – in which the GOP narrowly took control of the House but lost a Senate seat – was that Republicans need to present ‘a bold agenda’ and ‘new voices that’s articulating what our party stands for, the direction we want to take our country,’

Hutchinson blamed his party had an underwhelming showing due to’poor candidates, poor messaging, looking back instead of looking forward[.]’ On the subject of looking back, he had some criticism for Trump’s recent social media post about the 2020 election, in which he suggested that such a ‘Massive Fraud’ allowed for ‘termination of all rules, regulations, and articles, even those found in the Constitution.’ 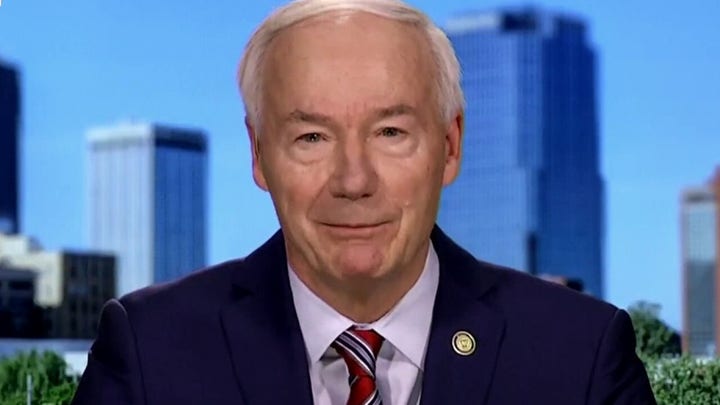 Hutchinson characterized that position as ‘out of line and out of step’ with the nation.

‘It hurts our country,’ Hutchinson said. ‘I mean, any leader, former president that says suspend the Constitution is tearing at the fabric of our democracy. And so we want to make sure that the people know that it’s Republicans that support the rule of law.’

Trump is the first Republican to formally announce a 2024 campaign, but several others – besides Hutchinson – have been rumored to be possible contenders, including several from Trump’s administration. Former Vice President Mike Pence, former Secretary of State Mike Pompeo, and former UN Ambassador Nikki Haley have all shown signs of possibly running.

In 2016, Trump built a large lead in the primaries as other candidates in a large field split votes, allowing him to gain momentum and delegates. Hutchinson does not see the same thing happening again.

‘I think it will be much more methodical this cycle than what we’ve seen in previous years,’ he said. ‘And I think that competition is good and it’s healthy.’