FIRST ON FOX: Sen. Josh Hawley, R-Mo., is taking aim at what he says is an ‘abdication’ of responsibility by the Department of Homeland Security ahead of the end of the Title 42 public health order — amid a looming surge in migrants at the border in the coming days.

Hawley, in a letter to DHS Acting Assistant Secretary Blas Nunez-Neto, notes widespread predictions — including from DHS — of a massive additional surge in migration once Title 42 ends next week.

That order, which allows for the rapid expulsion of migrants since March 2020 due to the COVID-19 pandemic, will end on Dec. 21 due to a court order — and Republicans and Democrats have expressed concern about an overwhelming migrant surge when that happens.

DHS has shared in those predictions, asking for an additional $4 billion in funding based on a projection of between 9,000 and 15,000 crossings a day. For context, the average for fiscal year 2022 — in which there were a record 2.3 million migrant crossings — was approximately 6,500 crossings a day.

Hawley also notes a recent uptick in crossings, including a massive migrant caravan in El Paso on Monday — and says ‘migrants are lining up in droves at the southern border in anticipation of Title 42’s expiration.’

‘But it appears your department has not taken any meaningful steps to prepare for the coming surge in illegal immigration,’ he says.

Hawley also cites a prior exchange with Nunez-Neto, in which the official said that the ending of Title 42 — if accompanied by an increase in other removal authorities — would eventually lead to a decrease in apprehensions.

‘I think, over time, once we start reimposing significant immigration consequences on people at the border through our use of expedited removal, particularly for single adults and particularly for those from Mexico, you are going to see a decrease,’ Nunez-Neto said.

The Biden administration has said repeatedly that it has a six-point plan to deal with the ending of Title 42. That includes more resources to the border, greater cooperation with countries like Mexico, an increased anti-smuggling campaign, and a greater use of alternative enforcement methods such as expedited removal — which also allows for the quick removal of migrants at the border.

DHS is also considering expanding the use of humanitarian parole, similar to a program used to allow Venezuelan nationals into the U.S. — a program which was combined with an expansion of Title 42.

DHS Secretary Mayorkas was asked this week about the potential limiting of asylum claims, and told the El Paso Times: ‘There are a lot of discussions about different ideas and how to address the number of encounters that we’re experiencing at the border. No decisions have been made.’ 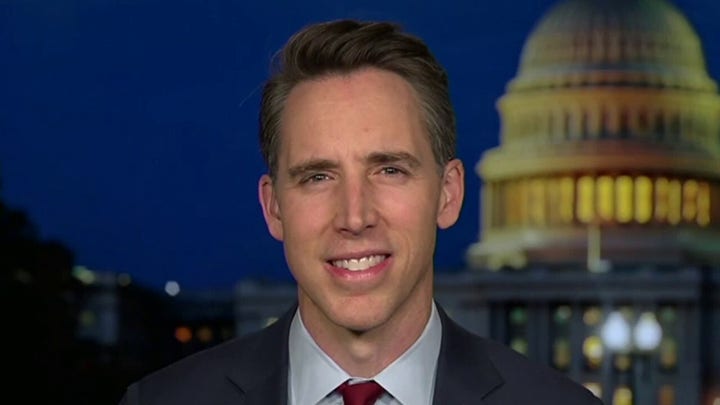 Despite that six-point plan, Hawley is one of a number of Republicans and Democrats who are not satisfied with what DHS has in place for a coming spike in migration.

‘Yet your department does not appear to have taken any meaningful steps to secure the border in the face of these caravans,’ he said. ‘This is inexcusable and an abdication of your legal responsibilities.’

Hawley asks whether the administration still believes that the ending of Title 42 will lower the number of migrant encounters, what policy positions it has developed to counter a surge, and what additional forces and resources it is providing to two areas at the border.

With the Title 42 end just days away, lawmakers in Congress have been considering a potential immigration deal that would see Title 42 extended in exchange for a pathway to citizenship for two million illegal immigrants.

Meanwhile, the White House has urged Republicans to back the $4 billion request for extra funding. That money would fund ‘border management’ and DHS would use it on soft-sided facilities, migrant care, transportation, processing, and the Emergency Food and Shelter program.