EXCLUSIVE: The White House on Thursday said upcoming votes on federal spending will be a ‘major test’ of the willingness of House Republicans to put governing above the ‘ultra MAGA’ agenda of some members of the GOP conference.

House Republicans support a short-term continuing resolution to fund the government, which would give them more of a say on 2023 spending once they take control of the House of Representatives in January. Senate Republicans, though, appear to support a yearlong budget deal.

The White House touted President Joe Biden’s desire and willingness to work in a bipartisan fashion and celebrated Senate Republicans’ ‘interest in avoiding a Christmas shutdown and negotiating with their Democratic colleagues to find compromises on both sides and to put governing and the American economy above partisan politics.’

But the White House is now questioning whether Republicans in the House are willing to do so.

Bates said American voters were ‘inescapably clear in the most successful midterms for a new Democratic president in 60 years that they expect the parties to work together in Congress, not cater to the most extreme elements of their caucuses or choose internal political gain before governing.’

‘Across his entire time in public life, President Biden has realized his commitment to working with Republicans in good faith, through finding common ground and compromise; and he has historic results to show for it in office,’ Bates said. ‘He’s dedicated to continuing that.’ 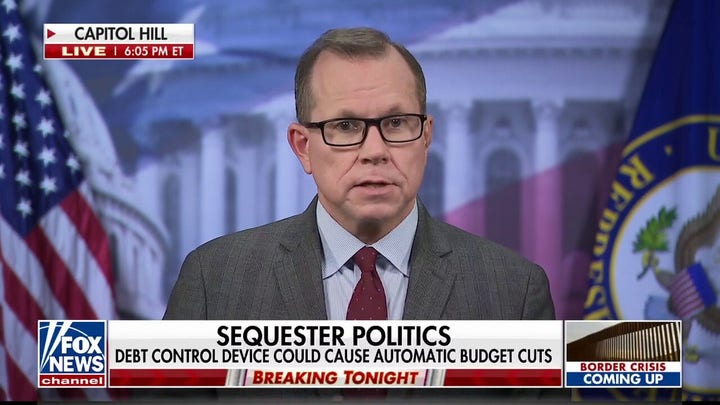 ‘We hope they pass this test instead of coming down on the side of a needless shutdown,’ Bates said. ‘OK?’

The ‘OK’ was a swipe at House Minority Leader Kevin McCarthy, R-Calif., who is poised to become speaker of the House in the new Congress. Buttons were passed out at the Capitol this week that read ‘OK,’ short for ‘Only Kevin’ for speaker.

Bates’s comments came after it became clear that many House Republicans will vote down legislation that funds the government for the rest of 2023. McCarthy and other Republicans say the midterm election gives Republicans a chance to have a say on 2023 spending levels and priorities, and that Senate Republicans should reject a longer-term bill for that reason.

McCarthy said this week that the proposed omnibus spending bill ‘represents Biden’s destructive agenda — exactly what the new House Republican majority will fight tooth and nail against if Republicans hold the line and wait 20 days.’

Nonetheless, House Democrats have the ability to pass a longer-term spending bill as long as their House majority sticks together.

House and Senate appropriators on Tuesday reached a nearly $1.7 trillion spending deal framework to fund the government until the end of September 2023. Lawmakers are likely to approve that agreement next week but will need to first pass a one-week government funding bill before Friday to avert a partial shutdown.

The bill will require at least 10 GOP supporters to overcome the 60-vote filibuster threshold within the evenly split Senate.

Senate Minority Leader Mitch McConnell, R-Ky., argued that right now, with Democrats in control of Congress and the White House, Republicans are limited in what they can do in terms of the budget to fund the government.

‘We’re on defense,’ said McConnell. ‘We’re dealing with the cards that we were dealt.’

McConnell also argued that despite not being in the majority, Republicans were able to exert influence over the budget. Democrats initially wanted to boost domestic spending over defense but were forced to back down due to GOP opposition.

The final deal is set to appropriate more than $858 billion for defense spending, a 10% increase. It also includes $787 billion in domestic spending and additional aid for Ukraine.

Despite McConnell’s argument, Republican Sens. Rick Scott and Mike Lee, in an op-ed on Fox News this week, took the side of House Republicans and said the bill should be rejected.

‘Republicans must unite in opposing another spending bill and demand that we pass a continuing resolution (CR) that simply maintains current federal spending levels – and not a penny more – until a new Congress begins,’  they wrote.

Scott and Lee said supporting a yearlong budget deal would be a ‘blatant dereliction of our duty’ that would ‘fund the entirety of the Pelosi-Schumer spending agenda through most of next year’ – even as Republicans hold control of the House.

‘In fact, since 1954, control of the House has changed five times and there has NEVER been an instance of Congress passing an omnibus spending bill before a new House majority takes power,’ they wrote. ‘Doing so now would not only defy precedent, it would unfairly tie the hands of the incoming Republican majority.’