A former aide for New York Attorney General Letitia James is suing her, claiming she covered up sexual harassment and a sexual assault by her former chief of staff, according to court documents.

Sofia Quintanar, 33, alleges that Ibrahim Khan ‘stuck his tongue down her throat’ during a Nov. 17, 2021, fundraiser at a Brooklyn bar, the lawsuit states. She alleges that James covered up the alleged assault and then made misleading statements to the media ‘that he was on vacation, or with a sick relative when in fact, he had been suspended for nearly two months,’ the lawsuit said.

‘With the filing of this complaint, I hope to increase the visibility and strength of women of color having a voice in the #MeToo movement,’ Quintanar said in a statement. ‘We are less likely to come forward in these situations because those in positions of power have historically thought less of us.

‘While I fear the effect that this might have on my career, I know that fear should never stand in the way of doing what is right,’ she added. ‘I hope I can give other survivors the courage to find their voice and hold those in positions of power responsible for their actions when they demonstrate the belief that they are above the law.’

Khan resigned earlier this month after James announced she had hired an outside law firm to investigate sexual harassment allegations against him. The probe concluded he had engaged in sexual misconduct, James said.

Quintanar’s lawsuit also claims that James allowed another staffer in 2019 to resign under similar circumstances.

She was hired as a deputy press secretary for James’ office in 2020 and left to work for Buffalo Mayor Byron Brown’s re-election campaign in July 2021.

When he won, Quintanar began looking for a new job, prompting her to attend the fundraiser where the alleged assault occurred, according to court documents.

After Khan allegedly tried to kiss her, she said: ‘Aren’t you married? Don’t you have kids? What are you doing?’

Khan then allegedly leaned in for another kiss before he was rebuffed again, the complaint said. Quintanar initially decided not to file a complaint against Khan, fearing he would use his influence and political connections to damage her career, the suit said.

She also worried that Khan would claim the interaction was consensual. She said she later learned that he had allegedly acted improperly with other women. 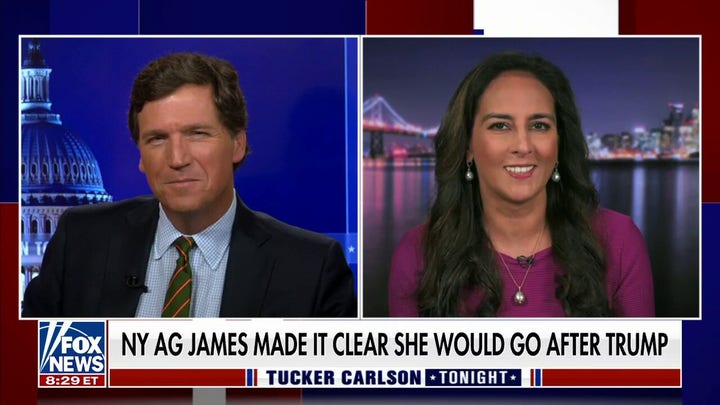 ‘It is about abuse of power, the absence of appropriate oversight, and the vindication of the rights of Ms. Quintanar. We will leave no stone unturned in our quest for justice and accountability.’

Fox News Digital has reached out to James’s office and Khan. Quintanar is seeking unspecified damages.

Louis Casiano is a reporter for Fox News Digital. Story tips can be sent to louis.casiano@fox.com.