House speaker drama: Democrat reads ‘The Subtle Art of Not Giving A F**k’ book on floor

While the House Republican conference was in turmoil Friday as GOP lawmakers struggled to cobble together enough votes to elect a speaker, California Congresswoman Katie Porter sat quietly on the other side of the aisle reading a book.

Poerter, dressed to match the books cover, was reading, ‘The Subtle Art of Not Giving a F**k,’ making a not-so-subtle statement that captured how many Democrats were feeling after watching Republicans try and fail to elect a House speaker again and again over four days.

The New York Times best-selling self-help book by Mark Manson argues that people need to stop thinking positively and learn to cope with bad situations in order to be happy, albeit in much more profane terms.

Republicans were in a bad situation until an agreement was reached between McCarthy and the 20 GOP dissidents who demanded several concessions before lending him their support. The beleaguered California Republican was finally elected House speaker on the 15th ballot since Tuesday, winning over most of the holdouts while six anti-McCarthy Republicans voted ‘present’ to let him win.

The price he paid is an agreement that will dramatically reshape the way the House of Representatives is run.

McCarthy agreed to allow a single lawmaker to make a motion to elect a new speaker, returning to the way the House ran for decades before that practice was eliminated under former Speaker Nancy Pelosi. He agreed to votes on term limits and the adoption of a budget resolution that balances the budget in 10 years, and a cap on fiscal year 2024 spending at FY 2022 levels.

McCarthy agreed to reject any negotiations on spending with the Senate until the Senate passes its own spending bills. He agreed not to increase the debt limit without spending cuts or other fiscal reforms, to set up a committee to examine the weaponization of government against U.S. citizens, and to ensure no bills are brought up on the floor until at least 72 hours passed.

And he agreed to give three members of the House Freedom Caucus three seats on the House Rules Committee, which sets the terms of debate for all legislation headed to the House floor.

‘The 15th time’s the charm, apparently. Americans deserve more than House Republicans’ inability to govern—and better than their proposed rule changes,’ Porter tweeted after McCarthy won the election. ‘Their agreement to weaken watchdogs, empower extremists, and tip the scales toward special interests betrays the American people.’ 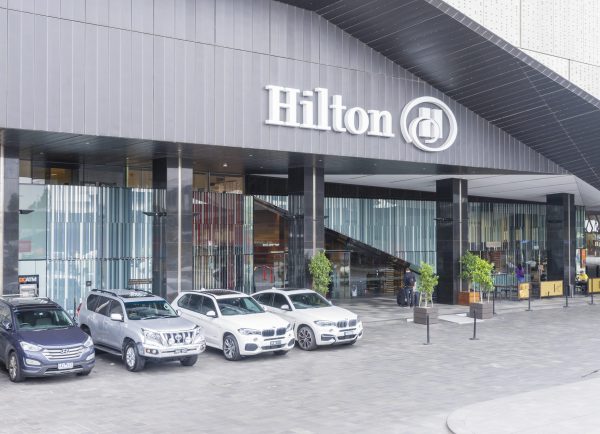