Home  /  Politic   /  Mayorkas says he will not resign over border crisis, insists he is prepared for GOP investigations Mayorkas says he will not resign over border crisis, insists he is prepared for GOP investigations

Homeland Security Secretary Alejandro Mayorkas on Sunday said he will not resign over his handling of the border crisis and insisted he will be ready for future investigations by House Republicans while continuing to fulfill his daily responsibilities.

During an appearance on ABC’s ‘This Week,’ Mayorkas previewed President Biden’s visit to El Paso, Texas later in the afternoon and was pressed by anchor George Stephanopoulos to respond to House Speaker Kevin McCarthy’s call for him to resting and whether he has any intentions of doing so.

‘If Secretary Mayorkas does not resign, House Republicans will investigate every order, every action and every failure will determine whether we can begin impeachment inquiry,’ McCarthy said in November while visiting El Paso.

The DHS Secretary, who said Sunday that the border crisis is ‘something that is not unique to the United States,’ was then asked whether he was prepared for House Republicans to investigate DHS and him, prompting him to say, ‘I am, I will be, and I’ll continue to do my work throughout them.’

Mayorkas has faced criticism for several months over his handling of the border crisis, with border patrol agents telling Mayorkas early last year that policies ‘aren’t working.’ Fox News Digital reported in November that internal DHS emails from early 2022 described a ‘rough’ meeting between Mayorkas and Border Patrol. Morale has continued to be an issue among Border Patrol agents, as they have faced a relentless crisis at the southern border – which many continue to blame on the policies of the Biden administration.

A DHS spokesperson defended Mayorkas in a statement to Fox News Digital back in November after McCarthy’s comments, saying lawmakers can ‘do better than point the finger at someone else’ for the problems at the southern border.

‘Secretary Mayorkas is proud to advance the noble mission of this Department, support its extraordinary workforce, and serve the American people,’ a DHS spokesperson told Fox News Digital at the time. ‘The Department will continue our work to enforce our laws and secure our border, while building a safe, orderly, and humane immigration system.’ 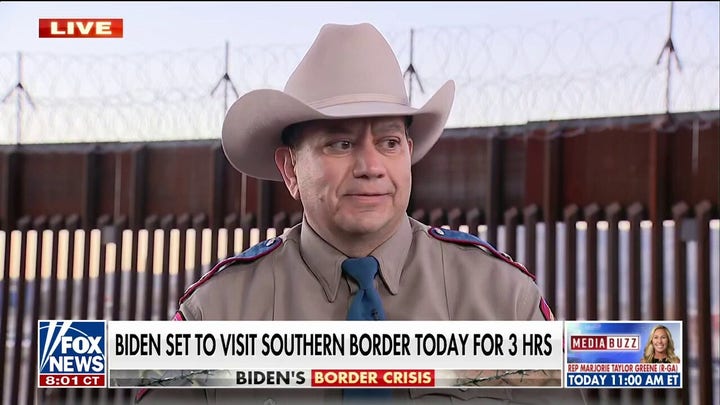 Last month, 20 House Republicans demanded that the Republican-controlled House push for impeaching Mayorkas with Rep. Lauren Boebert, R-Colo., accusing Mayorkas of misleading Congress by testifying under oath that the border was under control.

‘He regularly lies to the American people, claiming that the southern border is closed,’ she said. ‘I’ve been there. It’s wide open.’

While many Republicans have been vocal about impeaching Mayorkas, any such efforts are likely to stall in a narrowly-divided House and Democrat-controlled Senate.

Cameron Cawthorne is a politics editor for Fox News Digital. Story tips can be sent to Cameron.Cawthorne@Fox.com and on Twitter: @cam_cawthorne