Allen Weisselberg, the former Trump Organization CFO who pleaded guilty last year to dodging taxes on $1.7 million in job perks – including a free Manhattan apartment, luxury cars and his grandchildren’s private school tuition – has been sentenced Tuesday to five months in prison and five years of probation.

The punishment was given by New York Supreme Court Justice Juan Merchan to the longtime executive of Donald Trump’s real estate empire less than two months after his testimony helped convict the former president’s company of tax fraud.

Weisselberg has begun his sentence, hist attorney said after the sentencing Tuesday, at New York City’s notorious Rikers Island jail complex. He will be eligible for release after little more than three months if he behaves behind bars.

‘He deeply regrets the lapse in judgment that resulted in his conviction, and he regrets it most because of the pain that is caused his loving wife, his sons and wonderful grandchildren,’ Weisselberg attorney Nicholas Gravante told reporters. ‘Mr. Weisselberg thanks them for their love and support and looks forward to reuniting with them In April after he has served his sentence.’

‘Mr. Weisselberg also regrets the harm his actions have caused to the Trump Organization and members of the Trump family,’ Gravante continued. ‘He is grateful to them for their continued support throughout this difficult chapter of his life.’

Though he is now on a leave of absence, the Trump Organization is continuing to pay Weisselberg $640,000 in salary and $500,000 in holiday bonuses. It punished him after his arrest in July 2021, reassigning him to senior adviser and moving his office.

Weisselberg, 75, was promised a five-month sentence when he agreed in August 2022 to plead guilty to 15 tax crimes and testify against the company – where he has worked since the mid-1980s – in a trial that unfolded last fall.

As part of his plea agreement, Weisselberg must also pay nearly $2 million in taxes, penalties and interest, which he said he has made significant progress paying. He must also complete five years of probation.

Weisselberg has worked for Trump’s family for nearly 50 years, starting as an accountant for his developer father, Fred Trump, in 1973 before joining Donald Trump in 1986 and helping expand the family company’s focus beyond New York City into a global golf and hotel brand.

During three days of testimony last November, Weisselberg told jurors he betrayed the Trump family’s trust by conspiring with a subordinate to hide more than a decade’s worth of extras from his income. He said they fudged payroll records and issued falsified W-2 forms.

A Manhattan jury ultimately convicted the Trump Organization in December, finding that Weisselberg had been a ‘high managerial’ agent entrusted to act on behalf of the company and its various entities. Weisselberg’s arrangement reduced his own personal income taxes but also saved the company money because it didn’t have to pay him more to cover the cost of the perks.

Prosecutors said other Trump Organization executives also accepted off-the-books compensation. Weisselberg alone was accused of defrauding the federal government, state and city out of more than $900,000 in unpaid taxes and undeserved tax refunds. 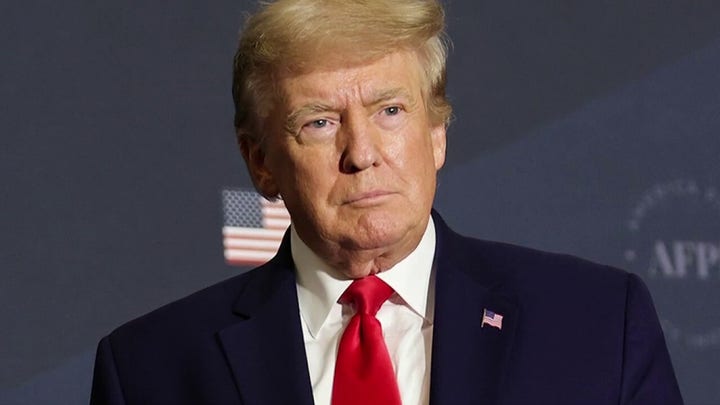 However, a Trump Organization spokesperson told FOX Business in the wake of the verdict that the case was ‘unprecedented and legally incorrect’ and that it plans to appeal.

‘Mr. Weisselberg testified under oath that he ‘betrayed’ the trust the company had placed in him and that he, at all times, acted ‘solely’ for his ‘own personal gain’ and out of his ‘own personal greed,’’ the spokesperson said. ‘The notion that a company could be held responsible for an employee’s actions, to benefit themselves, on their own personal tax returns is simply preposterous.’