The White House wouldn’t weigh in on how many people could have had access to the classified Obama-era documents found in President Biden’s garage and the Penn Biden Center.

Press secretary Karine Jean-Pierre declined to answer a number of questions during Thursday’s press briefing, including whether the White House had an estimate on the number of people who could have accessed the classified documents.

Jean-Pierre cited the ‘ongoing review’ of the matter and deferred to the Department of Justice.

The press secretary also declined to answer whether ‘there was a third stop between a secure location and the garage’ where the documents ended up.

Hunter Biden is among the people who appear to have had access to the president’s Wilmington home where the documents were found. Exactly how many other people also had access remains unclear.

‘Earlier today, I signed an order appointing Robert Hur a special counsel for the matter I have just described,’ Garland said Thursday. 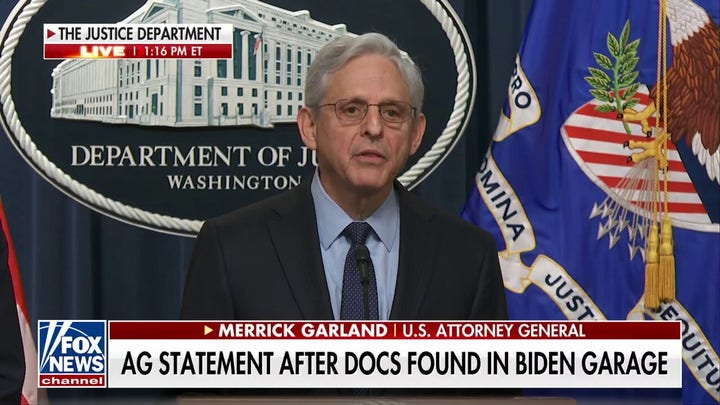 ‘The document authorizes him to investigate whether any person or entity violated the law in connection with this matter,’ Garland continued. ‘The special counsel will not be subject to the day-to-day supervision of any official of the department, but he must comply with the regulations, procedures and policies of the department.’

President Biden, meanwhile, was defensive about the documents’ location when pressed by Fox News’ Peter Doocy on Thursday.

‘Classified documents next to your Corvette? What were you thinking?’ Doocy asked.

‘I’m going to get the chance to speak on all of this, God willing it’ll be soon, but I said earlier this week — and by the way my Corvette is in a locked garage. It’s not like it’s sitting out in the street,’ Biden responded.

‘So the documents were in a locked garage,’ Doocy noted.

‘Yes, as well as my Corvette. But as I said earlier this week, people know I take classified documents and classified material seriously,’ Biden said. ‘I also said we’re cooperating fully and completely with the Justice Department’s review.’

Peter Hasson is a senior politics editor for Fox News Digital. Story tips can be sent to Peter.Hasson@Fox.com and on Twitter: @peterjhasson